The 2022 British Junior Championships came to its conclusion on Sunday, with top seeds Finnlay Withington (Lancs) and Torrie Malik (Sussex) lifting the Boys and Girls U19 Don Sanderson trophies in Sheffield. 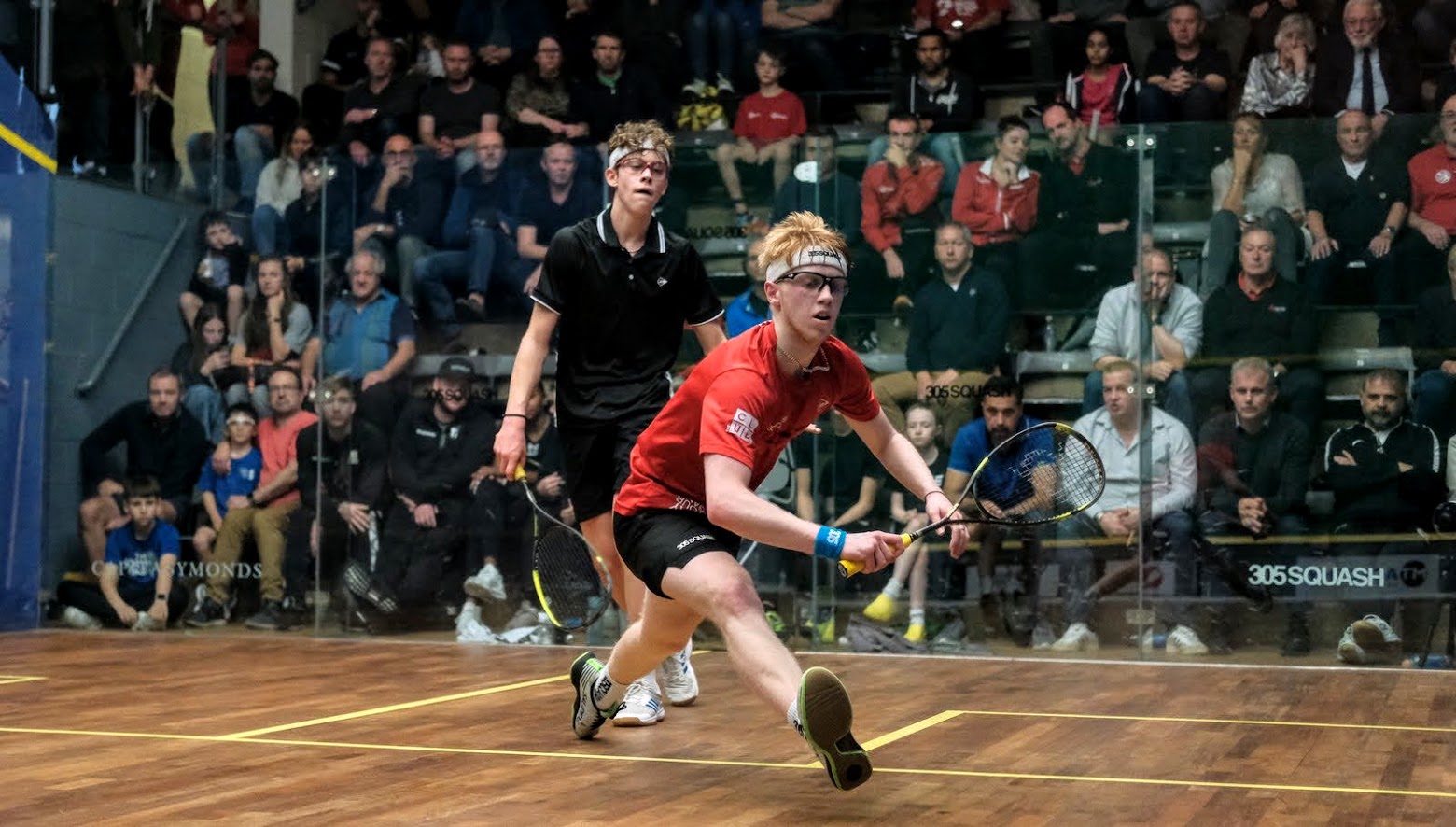 The U19 boys final saw top seed Withington face second seed Jonah Bryant (Sussex) for the title, a duo that was part of the winning England team at the WSF World Junior Team championships earlier this year.

Bryant started the stronger of the two, taking the first game 13-11, before doubling his advantage after a gruelling second game that saw both players have winning chances before Bryant edged nit 18-16. Withington was not to be denied though, fighting back to take the second and third both 11-6, then pulling away after an even opening to the decider to take it 11-7.

“Great weekend trophy hunting,” said Finnlay. “I’m really happy to slide across the line and so much credit to Jonah for a tough final. I couldn’t do it without my support team, so thank you!” 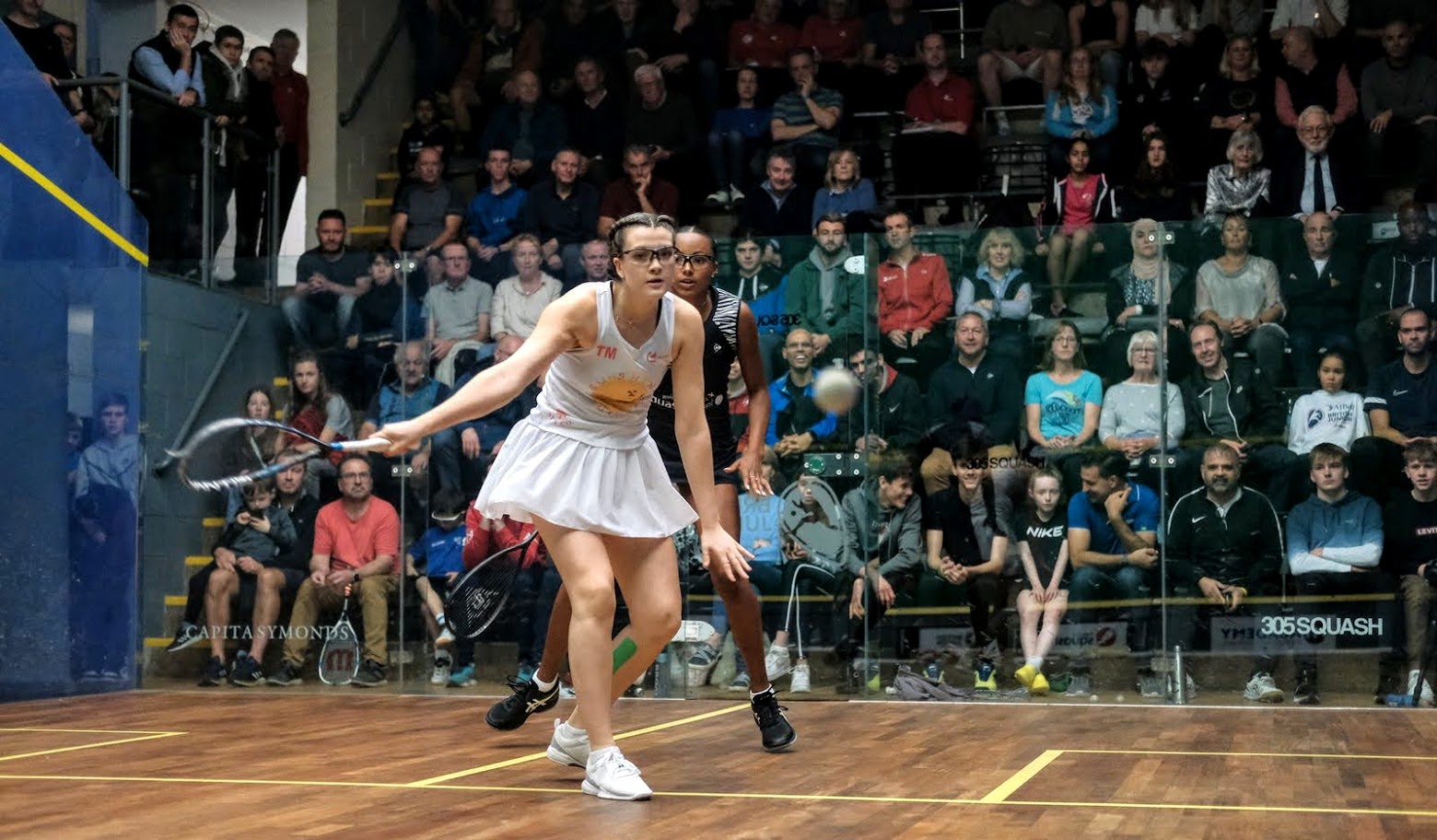 He was joined in the winners’ circle by Torrie Malik (Sussex), who got the better of second seed Asia Harris (Yorks) in the Girls U19 category to secure her fifth British National title. Like the boys’ final, the first two games both went to extra points, but it was Malik who came out on top in both. Malik spurned game balls before taking the first 15-13, then saved a game ball as she took the second 12-10. Malik then confidently sealed her victory with an 11-7 in the third game.

“I’m so happy to have claimed my fifth British National title,” said Torrie, “especially as it’s my last one as a junior! I can’t thank Team Malik enough for the constant support. This win was for you Sumner, I love you millions.”

The Girls U17 final was yet another that went the distance, with top seed Amelie Haworth (Hants) fighting back from two-one down to beat Wales’ Ellie Breach in fivee. After looking in command in the first Haworth found herself behind after three games, but fought back, dropping just nine points over the last two games to secure the victory. That makes three BJO titles for Amelia after taking the U13 title in 2018 and the U17 earlier this year.

She was joined as the U17 winners by Alex Broadbridge (Hants), who lost just eight points against Wales’ Archie Turnbull in the Boys U17 final to add to the U13 title he claimed in 2019. 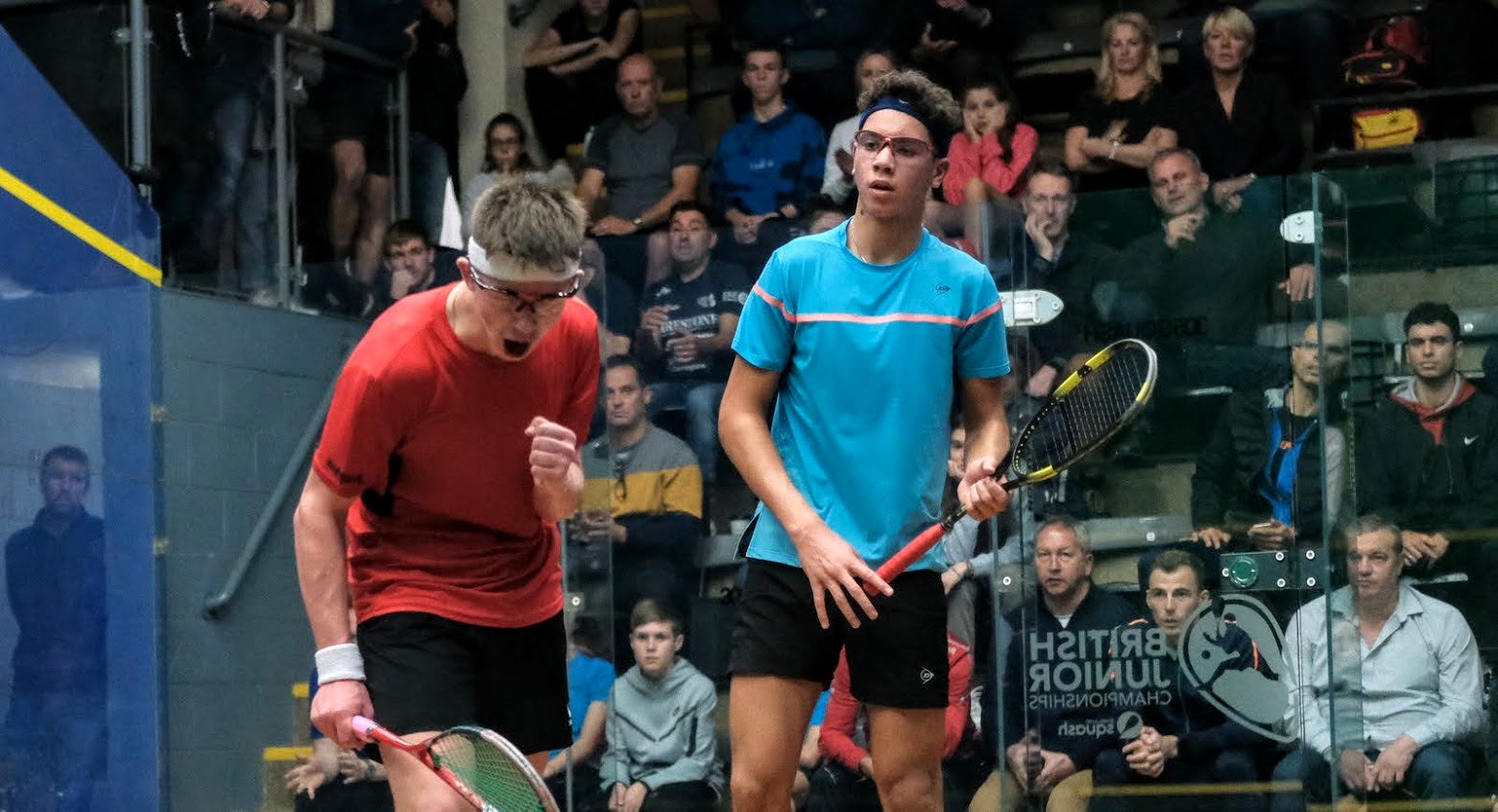 A thrilling five-game battle came in the Boys U15 final, as top seed Ronnie Hickling (Surrey) got the better of Ismail Khalil (Warks) to take the crown. After winning the first game on a tie-break, Hickling then found himself 2-1 down, but a quick-fire 11-1 win in the fourth saw him draw level and he went on to take the deciding game 11-4. Mariam Eissa (Warks) caused an upset in the Girls U15 category as she defeated top seed Emily Coulcher-Porter (Bucks) to lift the trophy. Eissa looked in complete control in the first two games, winning both 11-6. Coulcher-Porter regrouped to take the third and looked likely to level the match before Eissa surged through to win the fourth 11-5 and take the title, her second after winning the U11 crown in 2018.

Top seed Zack Greengrass (Sussex) was victorious in the Boys U13 final. He led twice in his match-up with second seed Ali Khalil (Warks), including taking the third game 12-10, but saw the Warwickshire man fight back. Greengrass eventually got over the line, winning the fifth game 11-7.

The Girls U13 title went to Ameerah Ismail (Warks), after she beat 3/4 seed Phoebe Griffiths (Hants). Griffiths had downed top seed Fearne Copley (Yorks) in the last four, but she was unable match the power that Ismail brought to the court as she won in four games to claim a first BJC title. 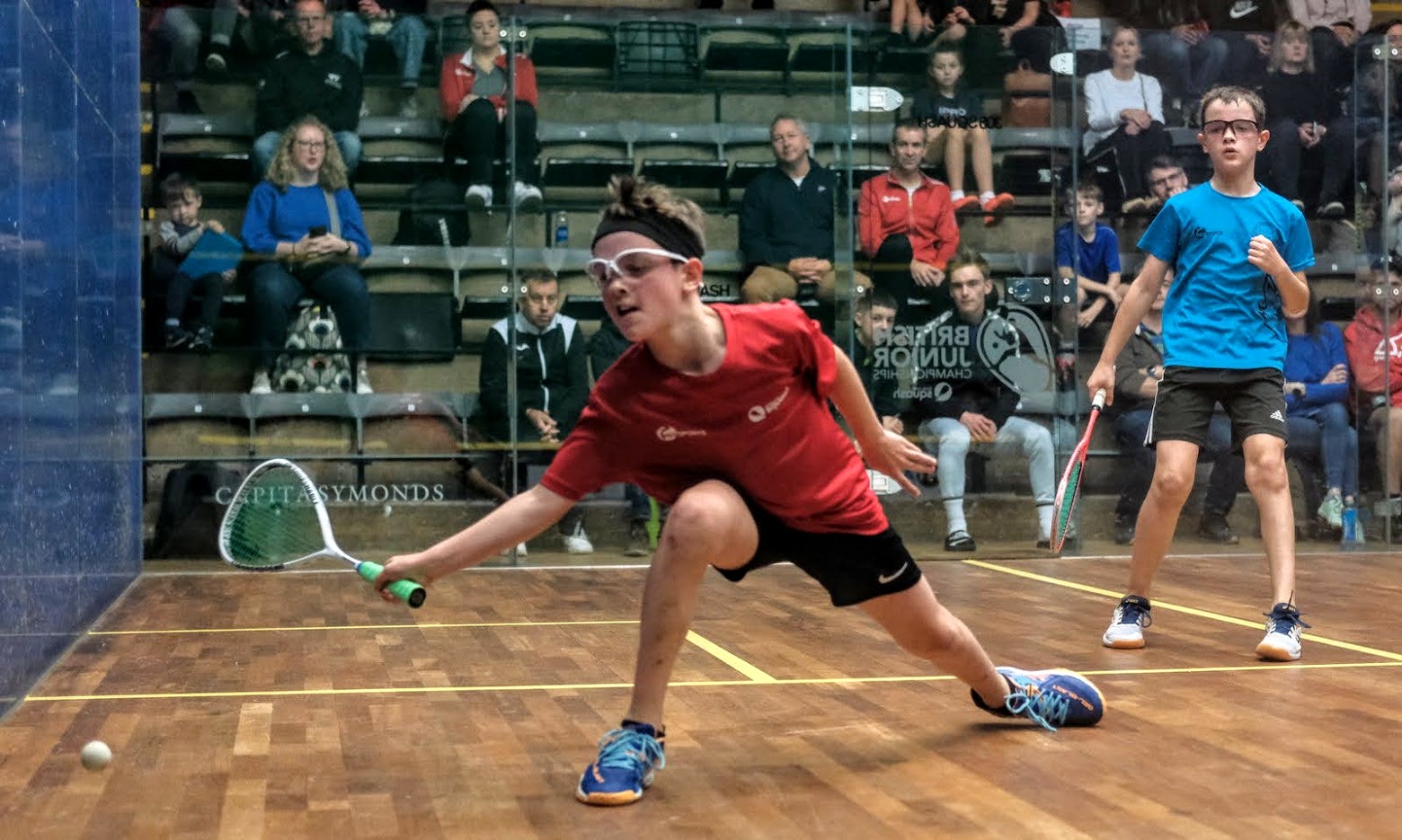 One of the more interesting match-ups on finals day in Sheffield saw twin brothers Finley and Oscar Brown (Leics) go head-to-head for the Boys U11 prize. In the end, it was top seed Finley that beat Oscar to take the title, winning two tie-breaks in a four-game battle despite Oscar having a game ball to force a fifth.

The Girls U11 final went the way of Nadiya Ismail (Warks), as she defeated Charlotte Hall (Warks) to claim the crown. Ismail dropped just twelve points en route to the title. 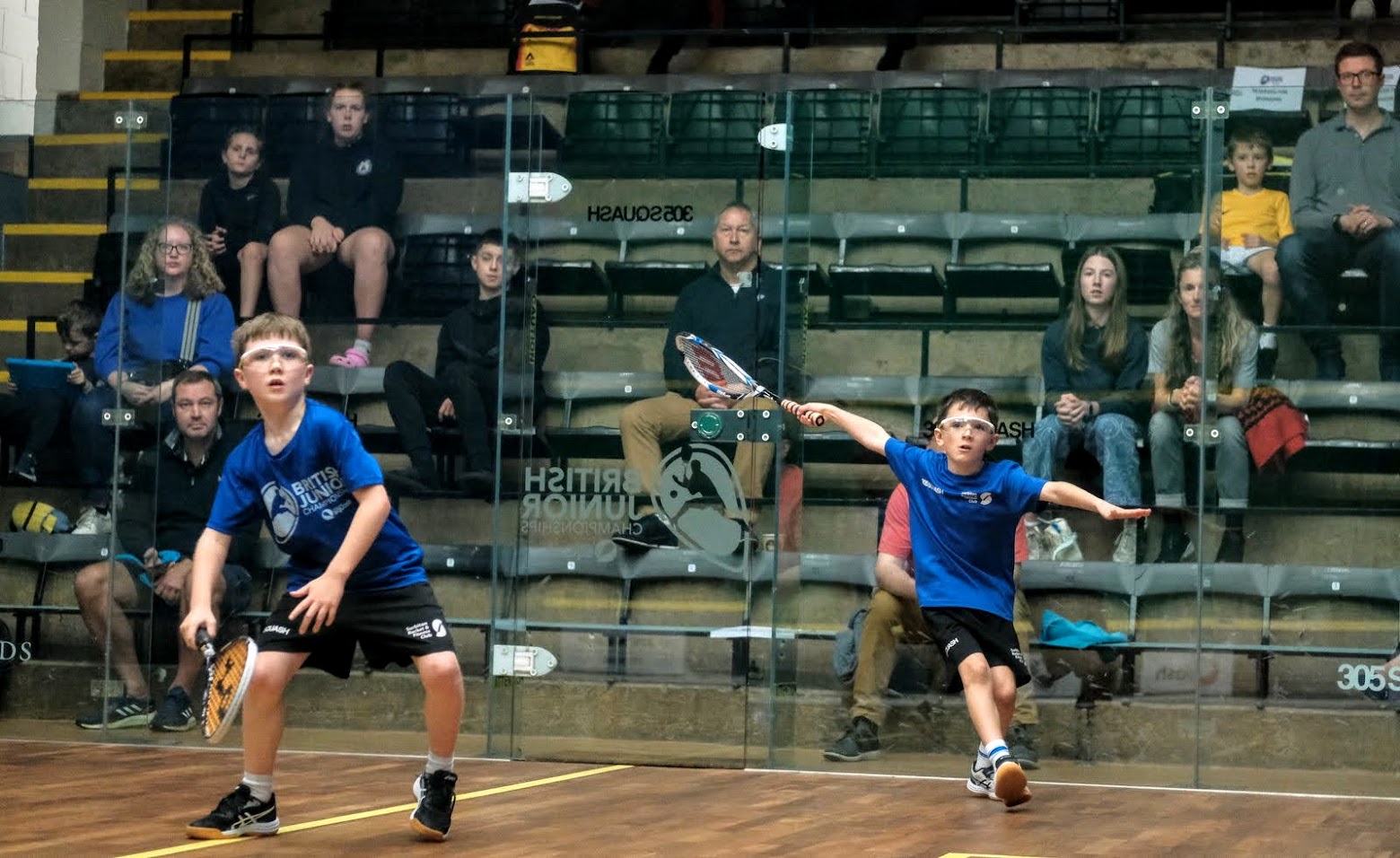 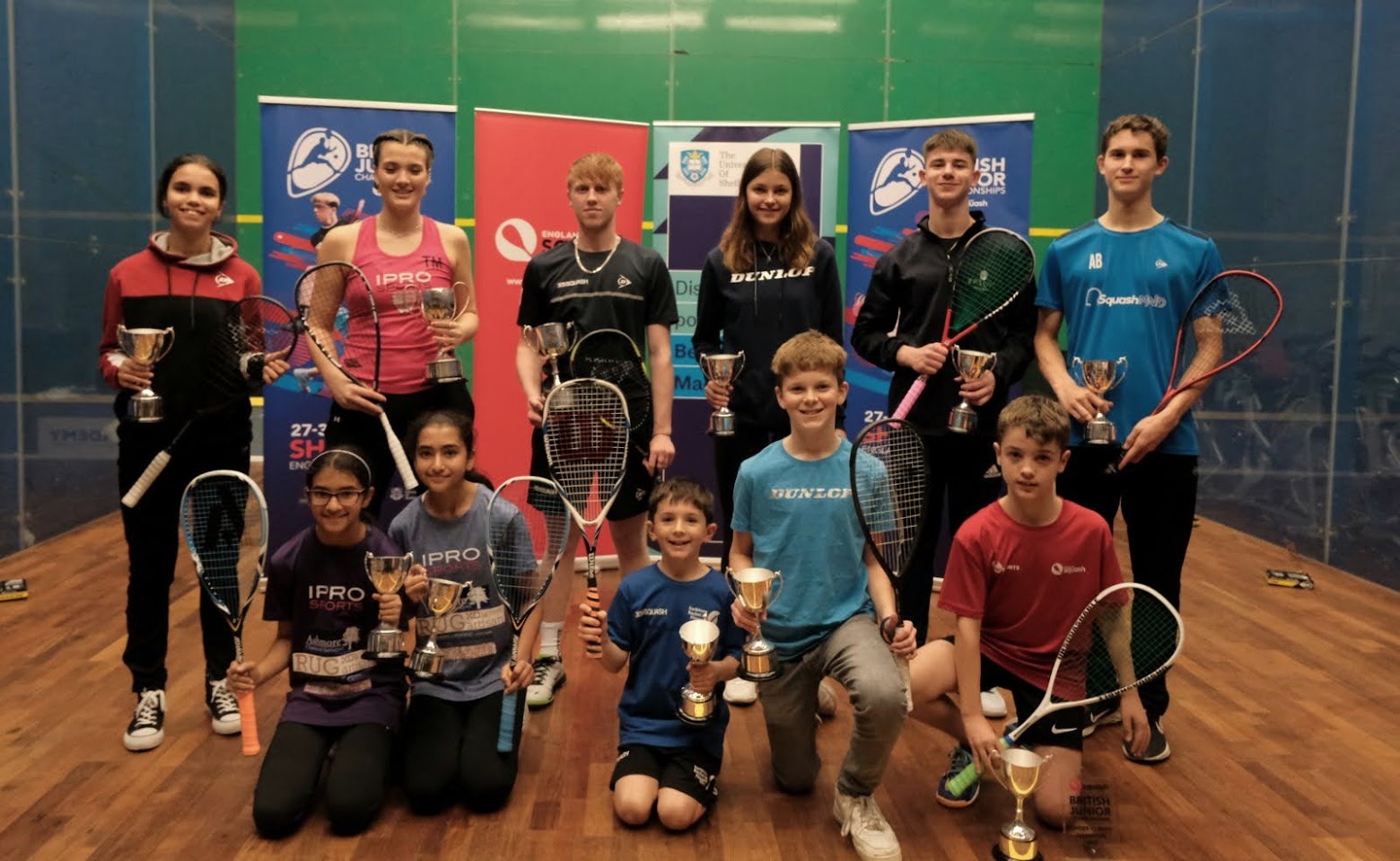 The Squash from the Mosque sessions at @queens_sport_and_fitness_club have been a huge hit! 🤩